MAb Anti GST-Tb cryptate is an IgG2a raised against Glutathione S-transferase labeled with Tb. It has been shown to react with GST-tagged fusion proteins from a large number of expressing vectors.

Our distributors
In an HTRF interaction assay, one partner is labeled (directly or indirectly) with the donor, and the other with the acceptor (again, directly or indirectly). The intensity of the signal is proportional to the binding of the 2 partners. In the example shown here: MAb Anti GST-Tb cryptate binds to the GST tagged partner A while partner B* binds to a specific Ab labeled with an HTRF acceptor. *partner B can also be biotinylated, tagged, Fc fused. In these cases, use the corresponding HTRF reagent (anti-Tag, anti-species, protA, Streptavidin) labeled with acceptor for the detection.

The example on the right describes the protocol using a 20 µL final assay volume for detecting an interaction between a GST-tagged partner A and a non-tagged partner B*. Dispense the 2 partners (10 µL), incubate, add MAb Anti GST-Tb cryptate (5 µL) and anti-partner B labeled with acceptor (5 µL), incubate and read. *partner B can also be biotinylated, tagged, Fc fused or directly labeled. In these cases, use the corresponding HTRF reagent (anti-Tag, anti species, protA, Streptavidin) labeled with acceptor for the detection.

Cryptate conjugates must not be excessive in order to prevent reader saturation and an unacceptable level of background. In most cases, a cryptate concentration of 1 to 5nM is appropriate, and will generate 20,000 to 80,000 cps at 620 nm depending on the HTRF compatible reader used. The XL665 conjugate must match its assay counterpart as closely as possible in order for the maximum number of biomolecules to be tagged with the XL665 acceptor. Thus, to detect a tagged molecule at an assay concentration of 20nM, the concentration of anti-Tag-XL665 should be equimolar or higher.
View product citations for Protein-protein interactions 61GSTTLA on CiteAb 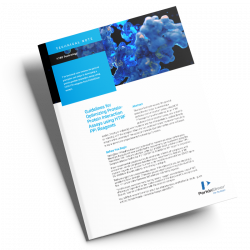 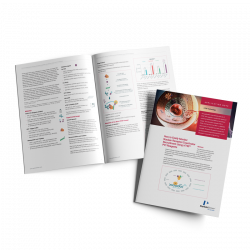 5/21/19 Research Highlights Life Science
Development of a HTA for Inhibitors of the Polo-Bo...

Build your own protein complex for a successful Plk-1 screen!